Chase Street Project: The old sidewalk and brick street was removed and a new sidewalk was poured. Old bricks were reset and new asphalt was set as well. Project was started in April and completed in October. Water lines were dug prior to dirt phase by the water department. Gas lines were lowered by Vectren as well. Chase Street- Before work was started. 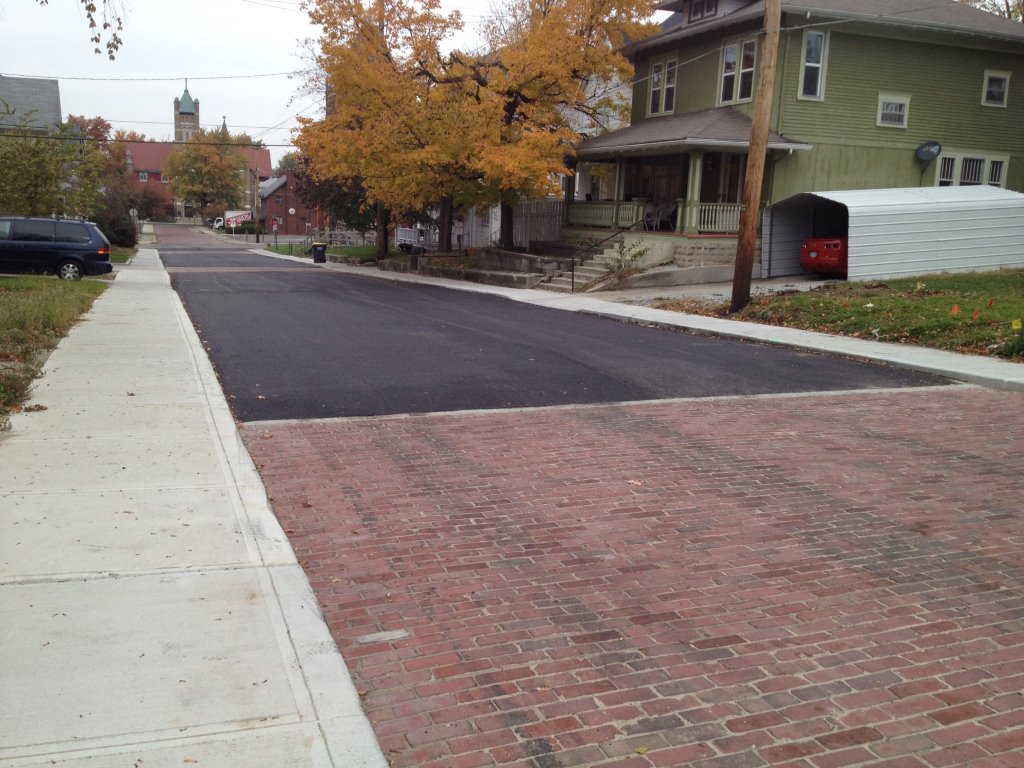 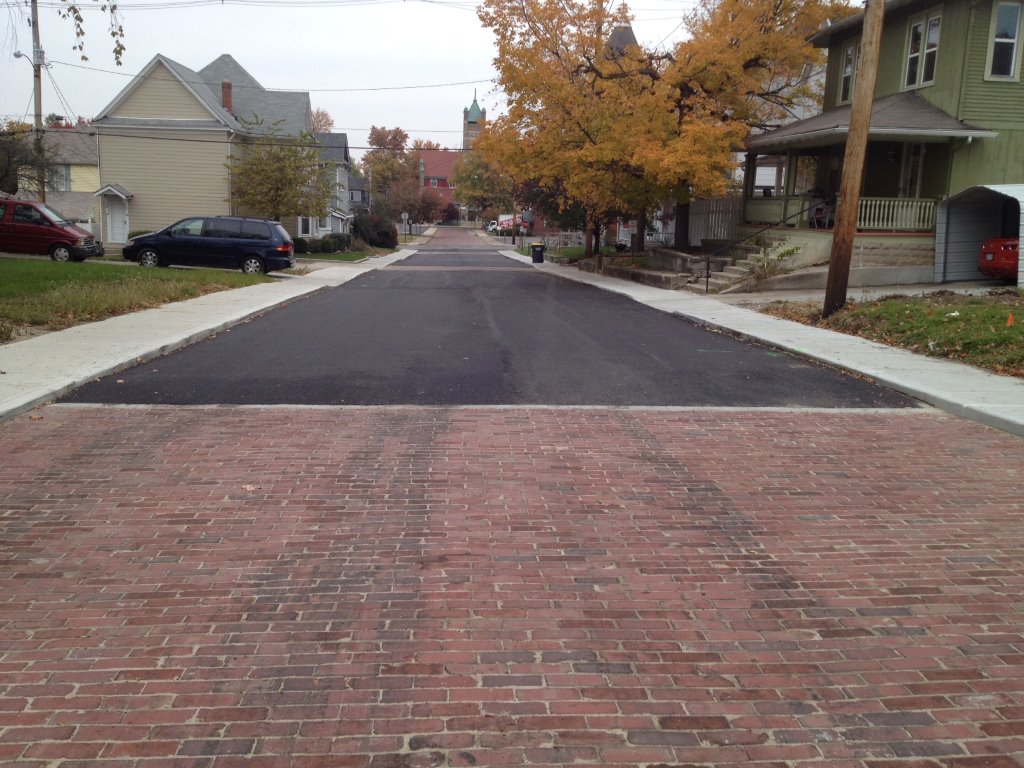