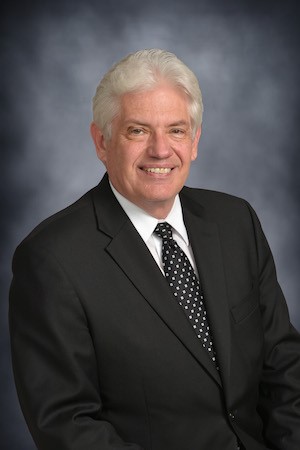 Welcome to the City of Anderson!

We think Anderson is a great place to live, work and raise a family.

Mayor Thomas J. Broderick, Jr., is a life-long resident of Anderson, Indiana.  Tom is 64 years old and is the older of two children. His father Tom Sr. was an elected county public official who served in office for 44 years. His mother Katy was a registered nurse who practiced nursing in the community for 40 years. Tom’s sister Suzan is a sales manager for a national hotel chain. Tom is the proud father of two adult children, Evan, an attorney and Ryan, an electrical worker. Tom has one granddaughter Harper, who is 2 years old.

Mayor Broderick graduated from Anderson High School in 1971. He graduated and received his Bachelor of Science Degree from Ball State University in 1975. Tom served as an intern in the Indiana State Senate working with the Senate Finance Committee and the Senate Committee on Local Government.  He attended Oklahoma City University School of Law and graduated from Indiana University School of Law in Indianapolis where he received his Doctor of Jurisprudence Degree in 1978.  Tom is admitted to the practice of law before the Indiana Supreme Court, the Indiana Court of Appeals, the United States District Court for the Southern District of Indiana, the 7th Circuit Court of Appeals in Chicago and the United States Supreme Court, Washington, D.C.